Writing and music frequently overlap in my work. As well as writing words for my own music (see the Three Chairs and a Hat page), I often write lyrics and libretti for other people. My verse libretto Trials of Love features two rival angels in Laura Pedder’s dramatic amalgam of opera, operetta and musical theatre for OxOps’ 2019 spring production. Past collaborations include a modern opera showcase, Roger & Henry, with composer Elizabeth Winters, performed at the Linbury Studio Theatre in the Royal Opera House, Covent Garden, in 2011; Terpsichoreana, a cantata for brass and choir by Malcolm Pearce, performed by the OUP Choir, Oxford Pro Musica and the City Chamber Choir; and several songs by Fiona Bennett, most recently as part of her CD A Country Suite.

In Smoke & Mirrors, my verse play based on songs by Kurt Weill, two sisters find very different ways of escaping the hardship of their back-street childhood in Berlin. Their journeys reflect Weill’s own progression – and the development of his music – from Berlin in the 1920s to Paris and finally California, all against a backdrop of political menace, upheaval and war. Rebecca Martin performed the roles of both sisters in two productions—one at the Old Fire Station and one to launch a new community library in Kennington—singing in three languages and taking the characters from birth to middle age. Accompanying her as she met this considerable challenge with her usual skill and elegance will remain a treasured memory of my dear and much missed friend. 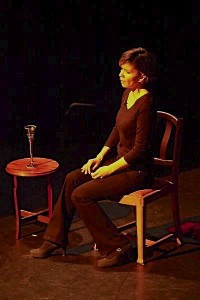 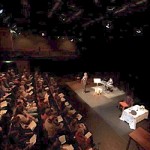 Future projects include an opera with composer Nick Planas, based on a real murder case of the 1860s; and a musical in collaboration with Mark Denton.