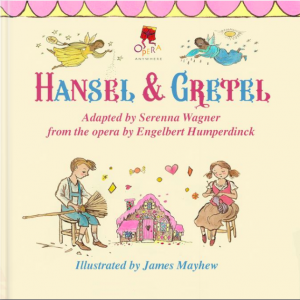 cowsheds and even an air hangar. Some shows feature locally recruited chorus singers; others follow workshops with schoolchildren, who then join in the action. I have great fun as the MD and pianist, and along with flautist Nick Planas, percussionist Dave Hadland and cellist Rosie Burchett I enjoy the challenge of accompanying a production where anything might happen! The programme includes operettas and operas by Gilbert & Sullivan, Puccini, Mozart and Humperdinck, and several modern one-act operas, including Menotti’s The Telephone, Samuel Barber’s mini-opera A Hand of Bridge, William Walton’s The Bear, and Menotti’s The Old Maid And The Thief. In 2019 we added ‘Hansel & Gretel’ to the repertoire, in a beautiful new production by Serenna Wagner. This has now become the basis for one of a series of ‘learning through opera’ digital projects for children aged 8 to 12, with an audiobook featuring specially commissioned illustrations and wonderful text by Serenna and recordings, and video modules exploring the music, characters, costumes, set and lighting. 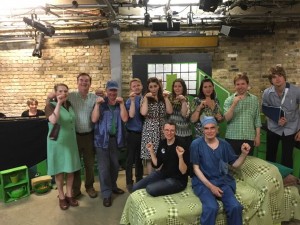