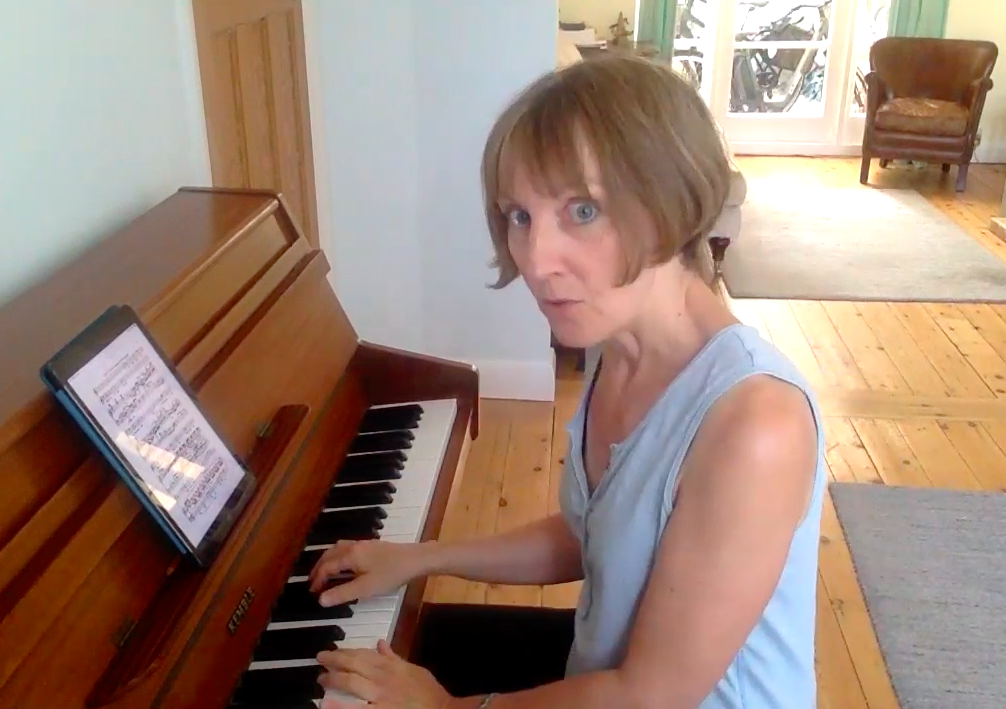 During the 2020 pandemic many of us had to take our work online, and one positive outcome was a flowering of digital creative ideas and projects—some of which have given wider access, brought unexpected benefits, and are sure to have a long-term future. As part of MuMo and an associate artist for ENB, I’ve been involved in delivering weekly online Dance for Parkinson’s sessions, and MuMo plans to develop more digital events, such as virtual museum tours and explorations of famous ballets.

Digital storytelling is a major feature of my online work, both as performance and as workshops and musical direction. As part of an Opera Anywhere project for schools, I’ve been hosting digital books that explore the themes, characters and production of operas such as ‘Hansel and Gretel’; and I hope to develop similar projects as a solo artist for various community groups in the future.

As part of the 2020/21 online Edinburgh Fringe and for my Gnomefest video-lit festival, I ventured out from behind a keyboard to perform my fiction and music, and found the potential of digital performance interesting and inspiring. Since then, my company Three Chairs and a Hat has produced a major video project, Shakespeare (she/her), directed by Wayne T Brown and featuring monologues and sonnets by Shakespeare’s women in contemporary settings.

Haunted is a video adaptation of one of my short stories, which has won awards at the INDEPENDENT SHORTS AWARDS, LOS ANGELES 2021 and the INDIE SHORT FEST, LOS ANGELES 2021.
I’ve also ventured into animation for digital versions of my musicals. Lady M is available as a complete 45min video or in three episodes: Midday Hags, Mr King, and Banksy. The film and its episodes have won awards at the TORONTO LIFTOFF FILM FESTIVAL 2021; the INTERNATIONAL COSMOPOLITAN FILM FESTIVAL OF TOKYO, 2022; TORONTO INDEPENDENT FILM FESTIVAL OF CIFT, 2021; STOCKHOLM SHORT FILM FESTIVAL, CANADA SHORTS FILM FESTIVAL, 2021 and BERLIN INTERNATIONAL ART FILM FESTIVAL 2022. I love making these companion pieces to my staged work. Theatre will always be my first love; but one thing New Normal has taught me is that there’s room in the arts for any and every kind of medium!